Coding is hard. That's why your kids should learn

Learning to code is hard. It's frustrating and confusing and at times feels downright impossible.

But science says that's exactly why every kid should learn.

I'm not a coder by training. I studied marketing and creative writing in college, and have a hard time navigating even Dropbox sometimes. (Zach, our website ninja, can attest to this.)

When I first started learning JavaScript in Bitsbox, I built an app from scratch.

Long story short, I struggled with it. It took hours of effort, and some help from my team, but I ended up with a pretty fun app.

You can play the app I built, Fire Breathing Maraca, here!

Fire Breathing Maraca is silly, but I can't deny the pride I felt when I finished it. And I have to ask myself: Would I have felt as proud if I didn't struggle doing it?

I realized that the feeling of accomplishment only comes from persevering through challenges.

Turns out, there's some science to support that theory.

Carol Dweck, Professor of Psychology at Stanford and author of Mindset, ran a long-term study of children and their responses to challenges.

In one study, she gave a group of 10-year-olds problems that were slightly too hard for them.

Some reacted positively—they liked the challenge and "understood their abilities could be developed." They engaged with the problems and put effort into solving them. These kids have what Dweck calls a growth mindset.

On the other hand, some of the kids reacted negatively. They felt their intelligence was being tested, and they didn't even attempt to solve the problems. These kids, according to Dweck, have a fixed mindset, and they continued to avoid challenges study after study.

Her findings show that kids with growth mindsets are ambitious: They engage with challenges, and find success, because of their implicit belief that their talents and abilities can be developed.

What causes a child to develop a fixed mindset vs. a growth mindset?

Success is about the process, not the end result

Developing a fixed vs. growth mindset comes down to how we praise and communicate success.

Dweck has found that kids who are praised for their intelligence develop fixed mindsets. Fixed mindsets believe some people simply have more ability than others, and some have less, and that's just the way it is.

But, kids who are praised for their process, effort, or strategy develop a growth mindset. These children are much more eager to tackle a challenge. They connect effort with success, and recognize that their abilities can be improved through hard work and collaboration. They understand the importance of trial and error, and bounce back quickly from failure.

These findings were tested and proven in several follow up studies. An encouraging result? A fixed mindset is not fixed—these children can be taught to adopt a growth mindset.

In another study, Dweck designed an online math game with scientists from the University of Washington. In the game, students were rewarded for effort, strategy, and progress instead of being rewarded for the right answer.

With this reward system, they found students gave more effort, more engagement over longer periods of time, and more perseverance with harder problems down the road. This model gave kids more confidence, and gave them practice in the growth mindset.

Dweck's takeaway? "The road to success is learning how to think through problems, and bouncing back from failures."

So what activity can kids do to practice owning a growth mindset? Coding.

Coding teaches kids how to bounce back from failure

Reshma Saujani, Founder and CEO of Girls Who Code, wants to raise a generation of brave and courageous kids—those with a growth mindset. According to Saujani, you do this by teaching kids to be comfortable with imperfection.

In her inspiring TED Talk from 2016, Saujani argues that coding IS practicing imperfection:

"Coding is an endless process of trial and error, of trying to get the right command in the right place, with sometimes just a semicolon making the difference between success and failure. Code breaks and then it falls apart, and it often takes many, many tries until that magical moment when what you're trying to build comes to life. It requires perseverance. It requires imperfection."

Coding practices all the skills defined by a growth mindset—hard work, trial and error, and collaboration. When I was coding Fire Breathing Maraca I used those skills exactly: scouring the Bitsbox Library for assets, coding several functions that didn't run, and finally, asking for help.

There are many reasons your kids should learn how to code. But the #1 reason is this: Learning to code is hard, and doing hard things develops a mindset for success. 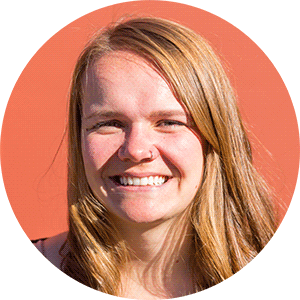 About the author: Emma is a writer, T-Swift's #1 fan, and a longtime friend of Bitsbox. You can usually find her searching for snacks or riding her bike.
Join thousands of grownups who get articles on teaching kids to love coding.