Help! I'm a grownup and I have no idea what coding is!

This Guide is your tool for staying three steps ahead of the little coders in your life.

One thing we've learned about coding is that it can be scarier for grownups than it is for kids. That's understandable—coding is a language, and languages are easier for young people.

Your goal is to learn just enough to be helpful when a young person asks you a question about Bitsbox. This is much more achievable than you might think.

What is coding, exactly?

Coding is the work of writing instructions that a computer can follow. You can't write code in English or any other human languages—computers aren't smart enough to understand those yet. Instead, you write code in dedicated languages that computers can understand.

Once you know one coding language, it's pretty easy to learn another. This is because almost all programming languages use the same concepts. The words are different, but the structure is basically the same.

When you're coding, the thing you're creating is a program. A program is a set of instructions that tells a computer or other device what to do. So yes, coding is just writing instructions. But there's a catch.

Sometimes a program is very simple, taking the form of commands that are supposed to be followed in order, from top to bottom, a lot like these driving directions:

Ugh. You can see how things can get complicated quickly when you're trying to write thorough instructions—especially for something as dumb as a computer.

What kind of coding does Bitsbox teach?

Bitsbox teaches kids to build simple apps by writing real, text-based computer code. The coding language we use is JavaScript, with the addition of a few dozen special commands (words, basically) that make it easier for newbies to build cool stuff quickly.

JavaScript is a very, very popular programming language which is used by millions of professional software programmers all over the world. Its main use is in programming web pages—just like the one you're reading now.

The apps that kids build with Bitsbox are actually individual web pages written in JavaScript. That's why they work on any computer or mobile device with a web browser. A web browser is the software you use to surf the web. Chrome, Internet Explorer, Firefox, and Safari are all common web browsers. 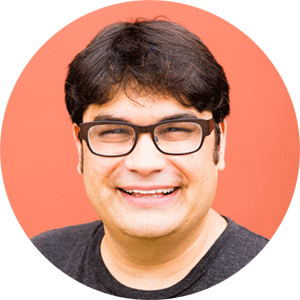 About the author: Aidan is a dad, the Content Factory and a Cofounder of Bitsbox. He is also inspirational, manly and taller than you think!
Join thousands of grownups who get articles on teaching kids to love coding.