We've talked a lot about why coding is an important skill to learn. But at what age should you learn?

The younger the better, according to research from Harvard.

Like learning any language, we seem to pick up and integrate what we learn with the greatest ease and fluency at an early age. Integration isn't the only advantage to learning coding skills early. Coding affects brain processes, and the results spill over into other aspects of life.

Here are 3 reasons why learning to code early will have the greatest impact on your child:

You can't train a brain in a day, or even over the 4 years of high school. The ideas a child most successfully integrates are those from their early, and ongoing, encounters. Below, you can see the brain develops the most in the first 12 years of life:

Early development of logic and language skills will change a child's view of the world. According to Science News for Students, doing something over and over again doesn't just make it easier. It actually changes the brain.

Coding at a young age is important because much like learning a foreign language, a child's brain more plastically picks up and integrates the skill. It's never too late to benefit from learning to code, or learning another language, but those who start as young children have a massive advantage. Building those early circuits changes the brain's natural tendency for language and logic, and provides a higher platform for future knowledge to build off of.

Early changes are the most critical in shaping the person your child is becoming, according to the U.S. National Library of Medicine. Experiences in the early years of childhood affect the development of brain architecture in a way that later experiences do not.

Harvard agrees. As the maturing brain becomes more specialized to assume more complex functions, it is less capable of reorganizing and adapting to new challenges. Plasticity in a child's developing brain means it's easier and more effective to influence their brain's architecture than to rewire parts of its circuitry in the adult years.

Today's world is changing dramatically all around us. Ten years ago, cell phones didn't exist as we know them today. Tech is essential in the workplace today, and associated skills will only grow in necessity, according to Wirebox.

Across the board of work environments, coding and technological skills are more than a must; they are the most important skills for future jobs.

A current estimate shows that around 50% of all jobs paying more than $58,000 require coding skills, and that number is only expected to grow.

One of the biggest benefits of coding isn't part of a far-off, career oriented future. As mentioned above, coding is a language—a very special kind.

When kids learn how to code, they learn how to talk to computers. Coding teaches kids how to break down complex ideas and arrange them in a way that computers can understand. Communication is an absolutely essential skill throughout school, work, and life in general. People who can clearly communicate complex ideas in simple terms tend to be more successful in all walks of life.

Here's the bottom line: coding leads to diverse forms of learning. Science authors Quinn and Yasmin say it best: Coding is the language of the future, and children engaged with the process are immersed in unprecedented exploration of language, problem solving, and social interaction. 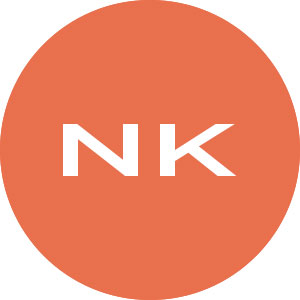 About the author: Nina Kentwortz interned on the marketing team and co-wrote this post with Pati. They were inspired by their passion for inclusivity in computer science!
Join thousands of grownups who get articles on teaching kids to love coding.